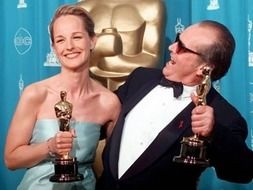 The Final Act of Social Security: Will you receive an applause worthy-payout or come up a loser?

The warning bells on Social Security’s longevity have been sounding for a while and our Financial Advisory firm gets a lot of questions and concerns on this topic. A lot of clients want to take SS early for this reason, but I do not necessarily think people should claim benefits early for this reason alone. These are just warnings and I am sure adjustments will be made in order to sustain Social Security for current recipients and those born during certain years,  just as they have done in the past golden era of Social Security. The current projections talk about the SS Trust fund being drained by year 2035 and they predict to pay out and estimated 75%-79% of expected benefits.

These projections are based on lawmakers making no changes to the law to either;

a) bring in more money to Social Security

b) decrease what is being paid out to recipients

Social Security is funded by a few different components: the part that is predicted to "run out" is the Trust fund which is invested in Government Bonds earning 80.8 billion in interest each year. Social security is also largely funded by current employee/employer payroll taxes, so there is always going to be money flowing in from these taxes. Worst case scenario for Baby Boomers is their scheduled, inflated/future-dollar benefits get cut down by 25% after year 2035. Though I believe the chances of this happening are slim to none since Boomers will likely be "Grandfathered-in" based on their date of birth. This is typically how the Government handles big policy changes and the Baby-Boom generation makes up a large majority of lawmakers and none of them want their benefits reduced.

As of 2021 The Social Security Administration announced  that, due to low inflation, the annual cost of living adjustment would be a modest 1.3%, which will provide an average increase of about $20 a month next year for the millions of seniors who collect benefits. Though this is not the best news, there are many recent proposed changes on the horizon that our current President Joe Biden has floated. Under the Biden administration, the President proposed during his campaign the idea of imposing a 12.4% Social Security payroll tax on earnings above $400,000 while retaining the 2021 payroll-tax ceiling of $142,800.

Biden’s Social Security proposals would likely improve the financial viability of the retirement plans of many older adults. According to an October 2020 analysis by The Urban Institute, this would close about a quarter of Social Security’s long-term financial shortfall and extend the life of the Trust funds by about five years.

“Considering both his Social Security and SSI benefit expansions, we project that Biden’s proposals would cut the poverty rate for adult Social Security beneficiaries over the coming decades by more than half,” the Urban Institute analysis states.

If there ever is a reduction it will probably be a lot less than 25%.... more likely they will just decrease the annual cost of living bumps. With all that said I am concerned for my clients that are Gen-X and millennials or younger (mainly those under age 50) and I always tell them to not rely on Social Security and advise investing and saving as early as possible for this reason. I will continue to keep an eye on the policy proposals that effect Social Security and if any changes occur, I will be sure to report back here.

Social Security is an area where improvisation is not going to cut it! Keep in mind: the Social Security dept. does not want you to know the secrets to performing your best possible second act and every year retirees walk away from the equivalent of a million dollar movie contract due to inept advice.  Wondering what strategy will shine the  brightest spot light onto your final act so that you are proud actor in this show called life?  Would you like to both survive and thrive in a Golden Era of US retirement? Do you have limited time to read through the dizzying heap of Social Security scripts and desire an answer for you specifics delivered by an experienced Financial Director?

Working with a Financial Planner is like getting a Dress Rehearsal under you belt before the big performance, so that in real life you leave nothing to chance. If interested, feel free to schedule a session with me and if you reference this post you will receive the sessions free of charge for the remainder of the year.  Just contact me at  JJames@jamesfingroup.com, phone 805-473-6671 for easy directions so you can spend your free time enjoying a classic movie or a dirty martini  (just be sure to let let me know you read this post!)

Or use this unique link  Schedule a Meeting with James Financial Group (thejamesfinancialgroup.com)